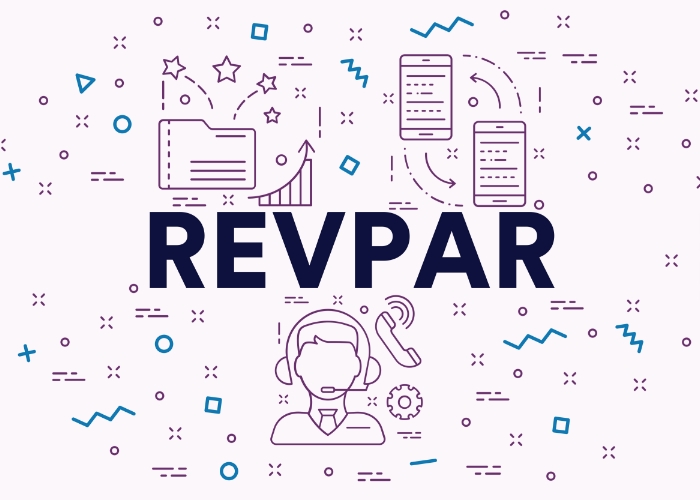 The hospitality industry uses revenue per available room (RevPAR) as a metric to gauge an individual hotel’s performance. Every hotel is different, and RevPAR offers operators and investors a way to analyze performance across property types and geographies.

What is Revenue Per Available Room (RevPAR)?

The two most basic numbers on the revenue side of a hotel’s financial analysis are occupancy and average daily rate (ADR). But both of those numbers are a bit limited. If a hotel achieves 100% occupancy, maybe it did so by cutting room rates to fire-sale levels. Or perhaps a hotel increases  rates to $500 a night but sees occupancy plunge. RevPAR combines these two variables to give managers and investors a data point that more accurately reflects how a hotel is performing financially.

How to calculate RevPAR? RevPAR formula

RevPAR is calculated by multiplying a property’s average daily rate by its occupancy rate. RevPAR also can be measured by dividing a hotel’s total room revenue by the number of rooms available.

Consider a hotel that has 200 doors and average occupancy of 85%. Guests pay an average cost per room of $200 a night. The owner wants to know how the property is faring on the revenue front. In this case, the RevPAR arithmetic looks like this:

Alternatively, you could divide the total nightly revenue to get to the same place:

That room-level figure is the most commonly cited RevPAR stat. But you can also expand this to a monthly or quarterly metric. Just multiply the daily RevPAR by the number of days in the period you’re analyzing.

Armed with that information, the owner and manager can experiment with pricing. What happens if you raise or lower room rates? A hotelier can test the effects of pricing changes by calculating RevPAR after a period of new rates.

What is a good RevPAR for a hotel?

That’s a complicated question because RevPAR varies widely based on the type of hotel and its seasonality. A five-star hotel in a major destination has a far different rate structure from a limited-service motel at an interstate interchange. And a ski resort might be full in ski season but empty at other times. To give one very broad reading, nationwide RevPAR in early July 2022 was $103.24, according to travel research firm STR. By metro areas, New York City had the highest RevPAR as of the spring of 2022, at $175, STR reports.

Where does RevPAR fall short?

RevPAR is all about revenue. But the metric doesn’t say anything about what many would consider the most important business statistic — profitability. Because RevPAR doesn’t include cost factors, it provides only a partial reflection of the hotel’s underlying performance. RevPAR gives a look at revenue trends, but it doesn’t offer insight into how revenue is being offset by rising costs for labor, supplies or other expenses, such as insurance, taxes and debt service. What’s more, RevPAR focuses on room rates, but it excludes sales from such profit centers as parking, food service and catering. So the expensive cocktails at the hotel bar and the marked-up toiletries in the lobby convenience store aren’t reflected in RevPAR.

Another limitation to RevPAR is that room rates vary widely by hotel type, and occupancy can swing dramatically in seasonal areas. While hotel analysts report national RevPAR figures, this metric is most meaningful when comparing similar properties in similar geographic areas.

RevPAR is effective but imperfect, a reality that has spawned the creation of other metrics as an alternative to RevPAR. Three common examples: